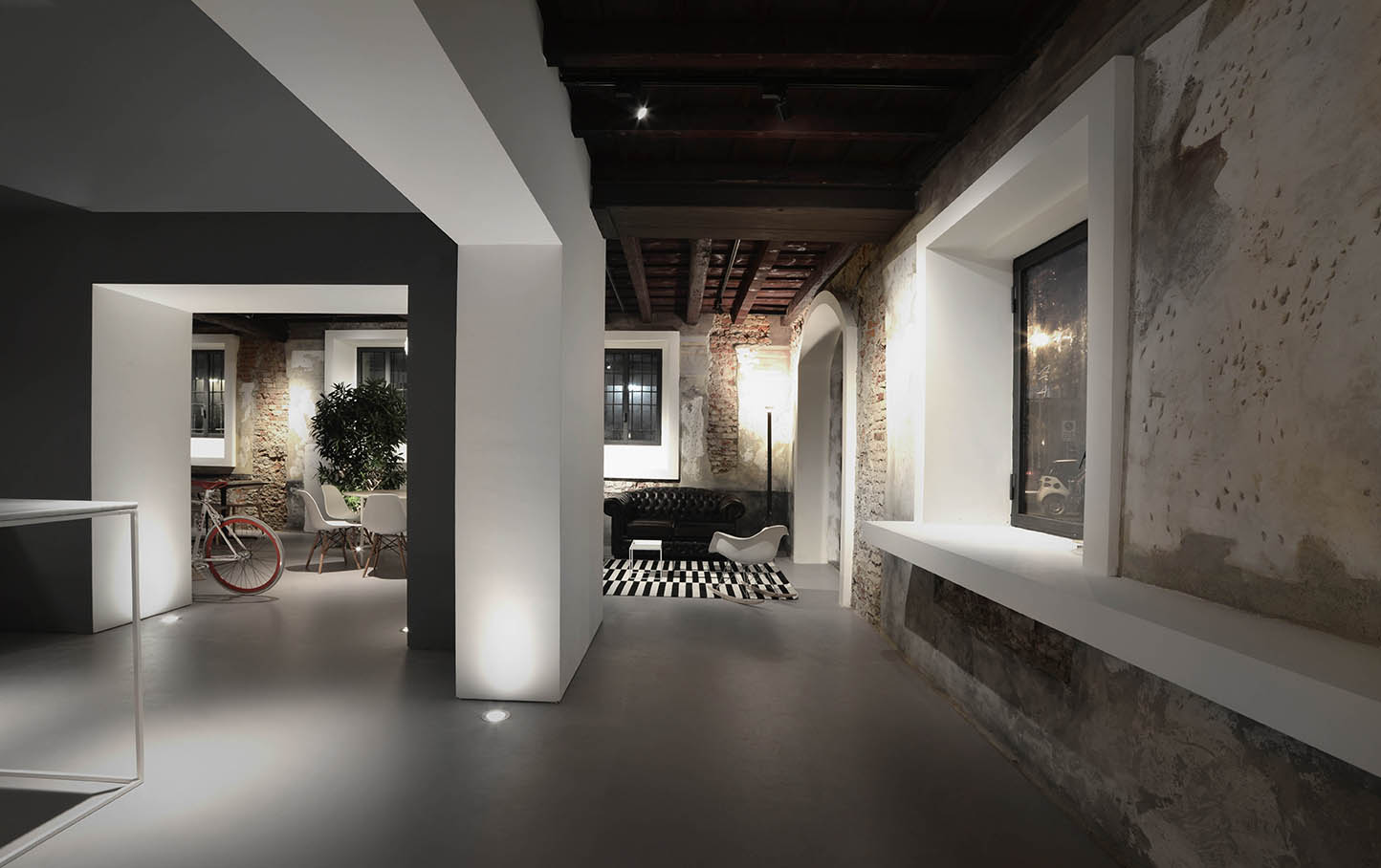 Buns Restaurant was founded in the historical center of Monza and is overlooking one of the most representative squares of the city.
The architectural intervention is based on the need for usable spaces at all times of the day and it’s exactly the combination of different settings the strong point of the design.

The concept revolves around the dichotomy and the dual relation of the parties: day/night, food/drink, in/out, dividing the environment essentially in two areas, one contained in the other.
The space perimeter has been completely emptied and it is considered as “recovered object”, thanks to the rediscovery of pre-existence. It tells about the integration with history and with its own origins and becomes a transition space between the restaurant and the city; imagined as a convivial place, it hosts the food area and the lounge. The inner core represents the heart of Buns, the operative and dynamic part; it hosts the bar, becoming the crucial center of the drink area, characterized by tall seats and free spaces. Particular attention has been given to illumination, which plays a key role and which has been developed in collaboration with Erco.

The possibility to modify the overall illumination according to different scenarios and the visual continuity between inside and outside make Buns a reference point with a strong iconic and communicative impact. 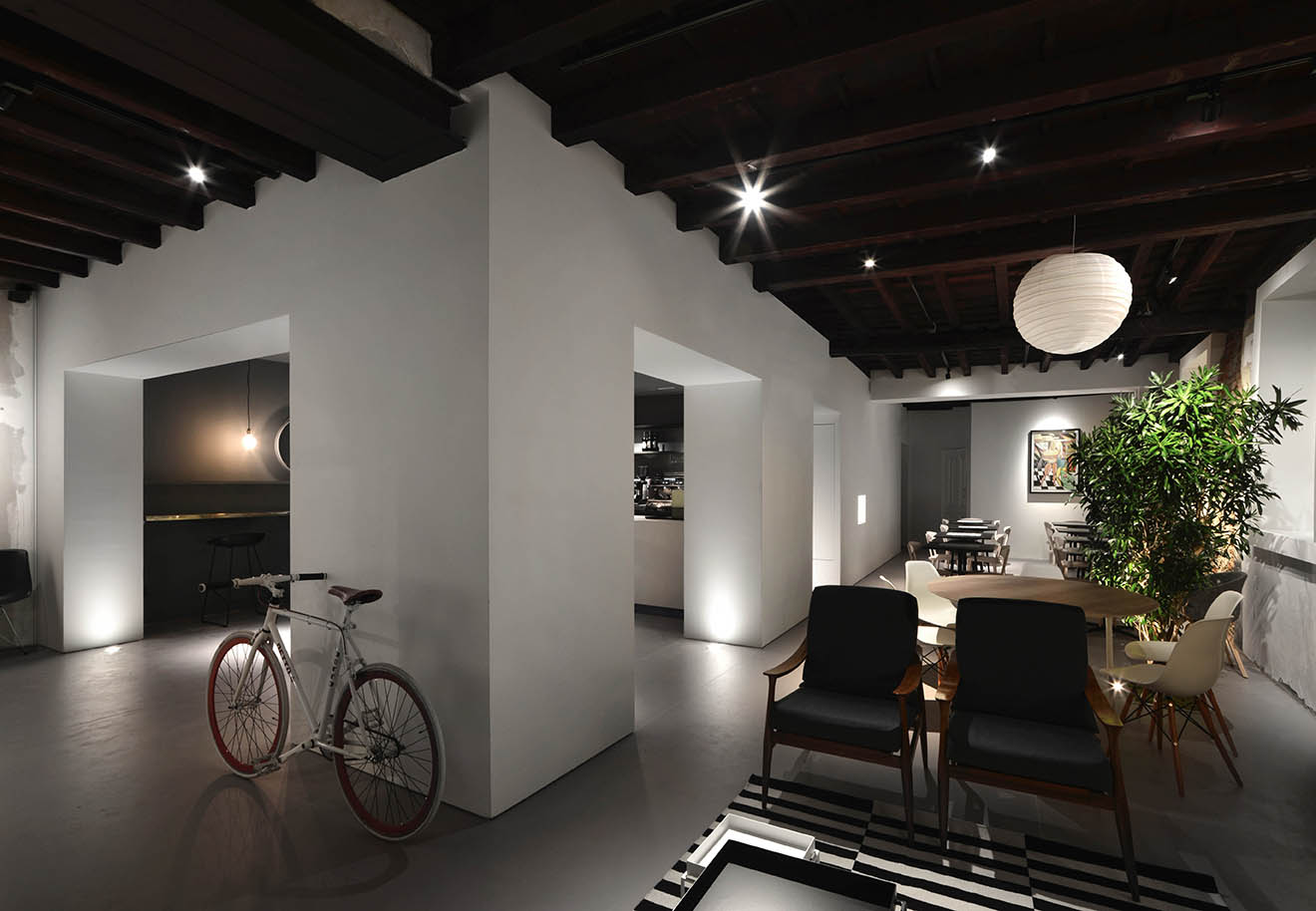 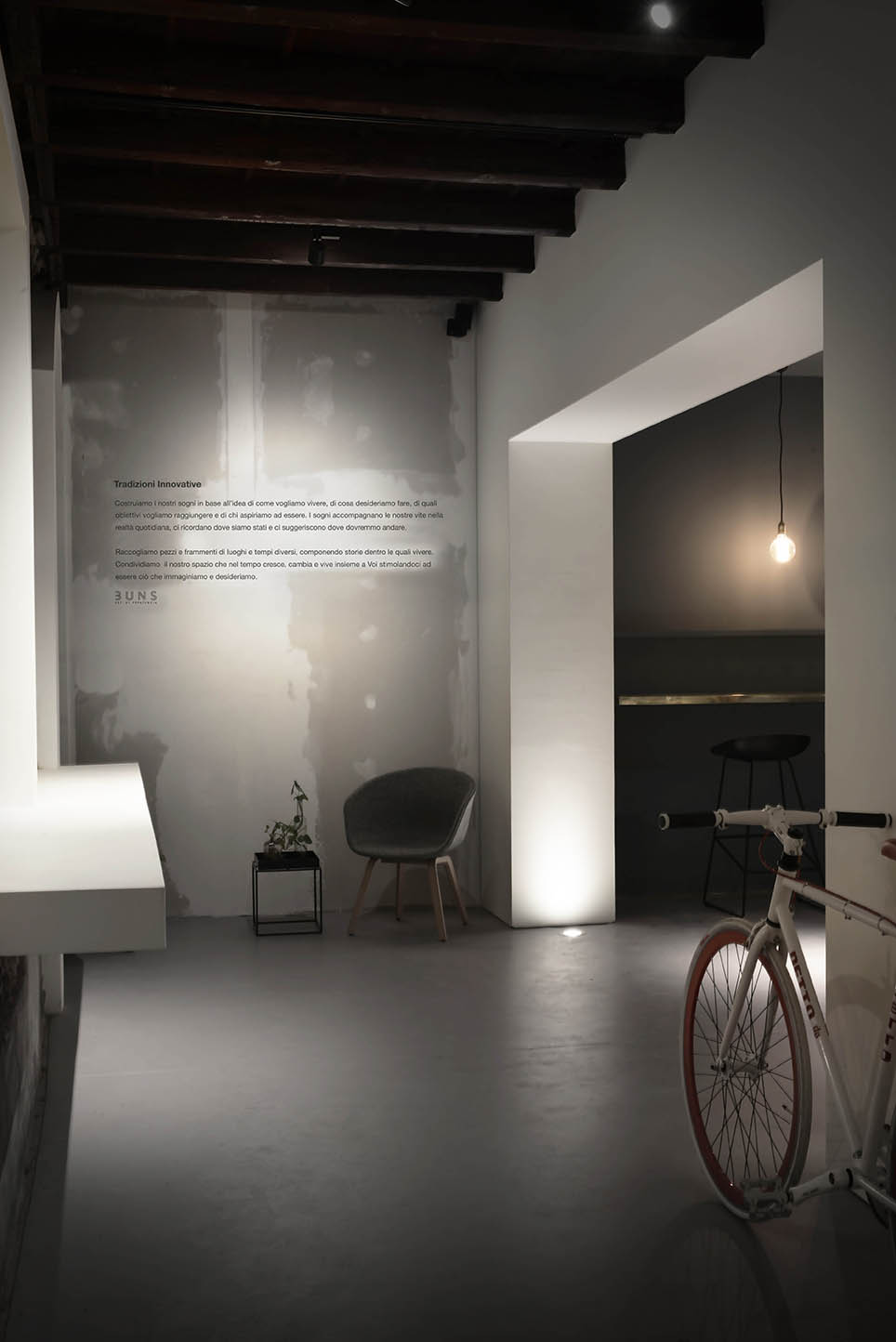 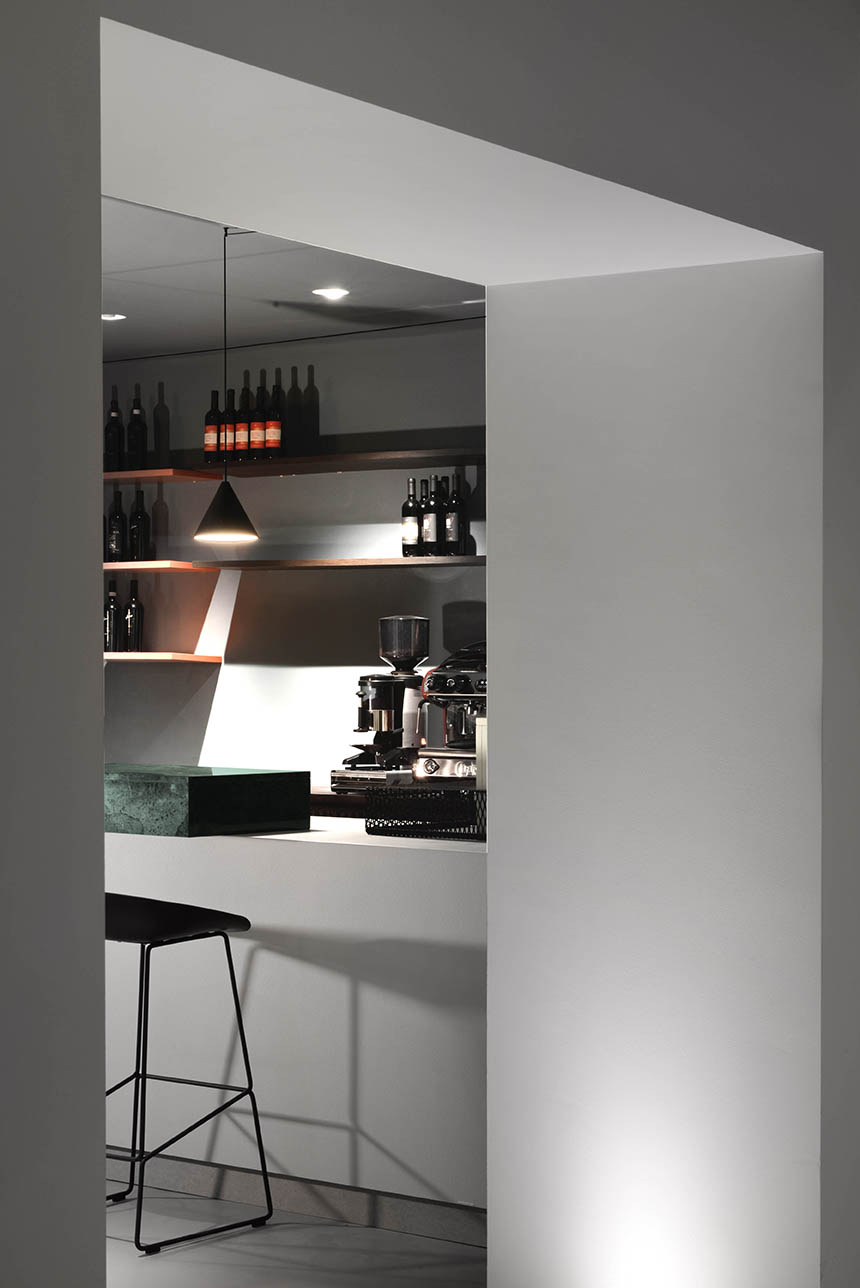 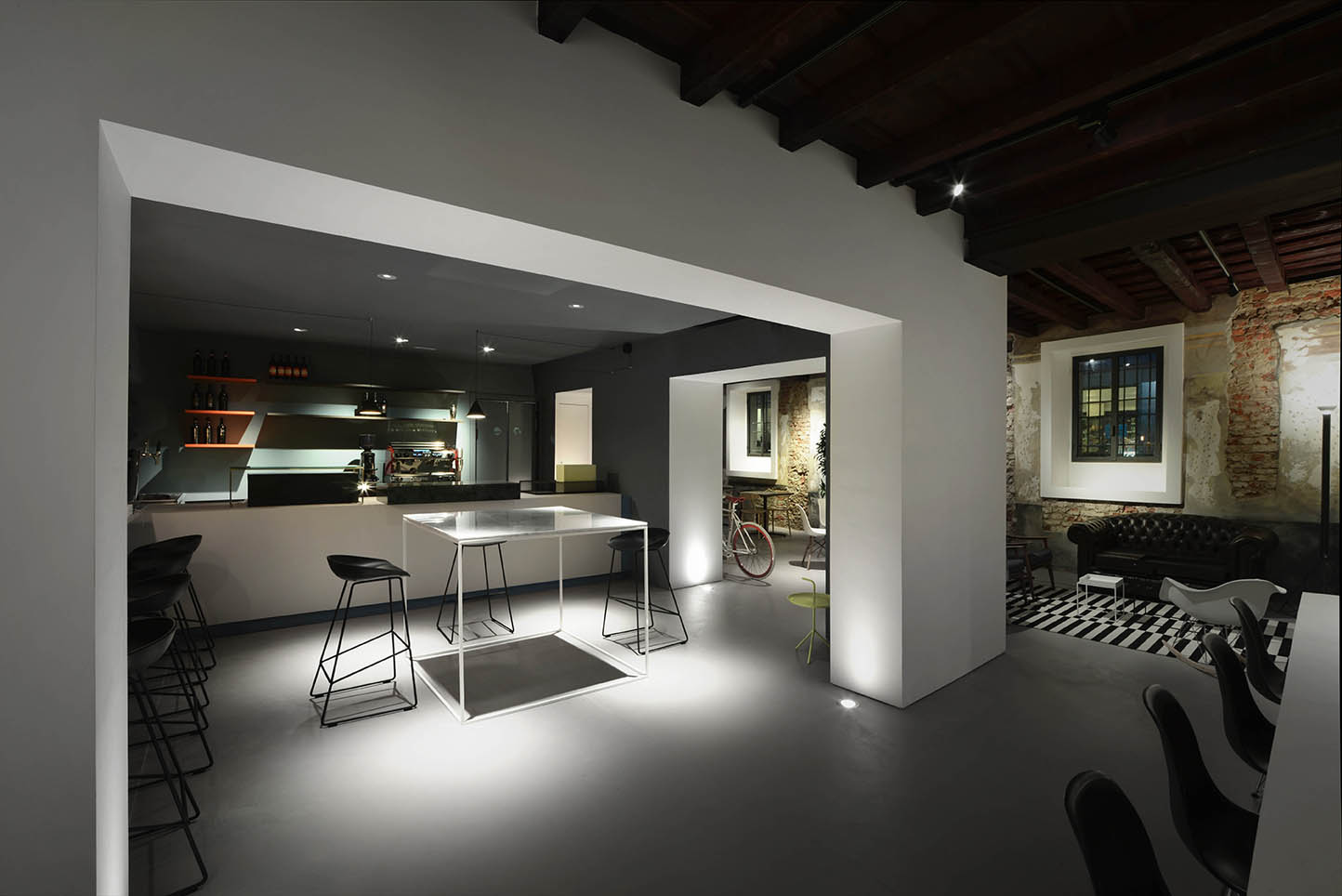 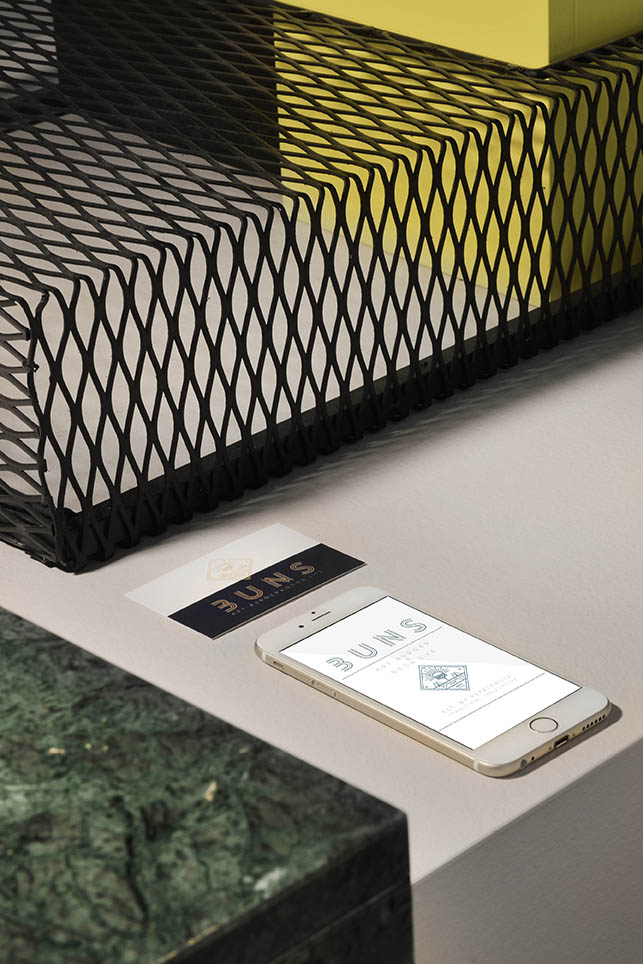 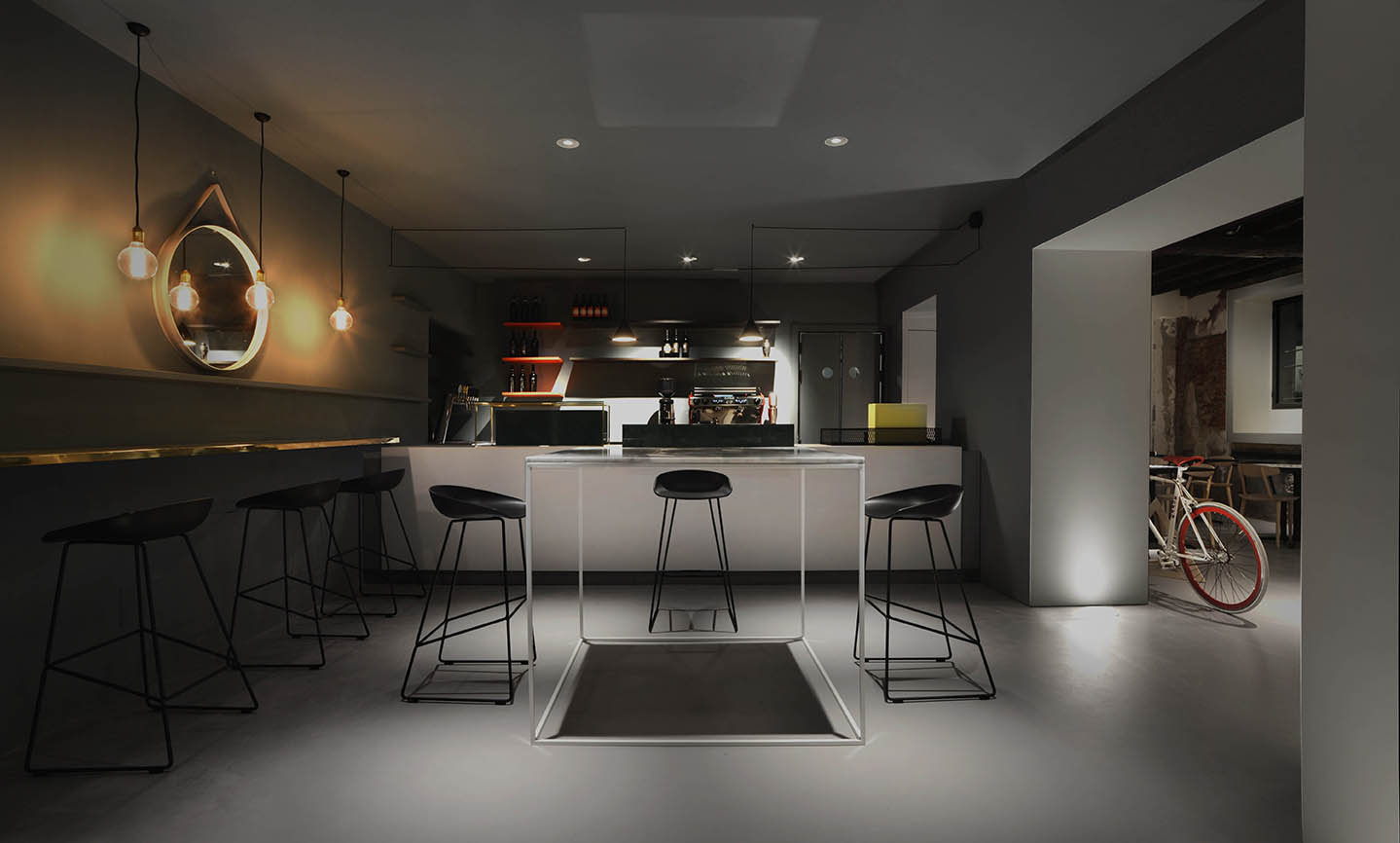 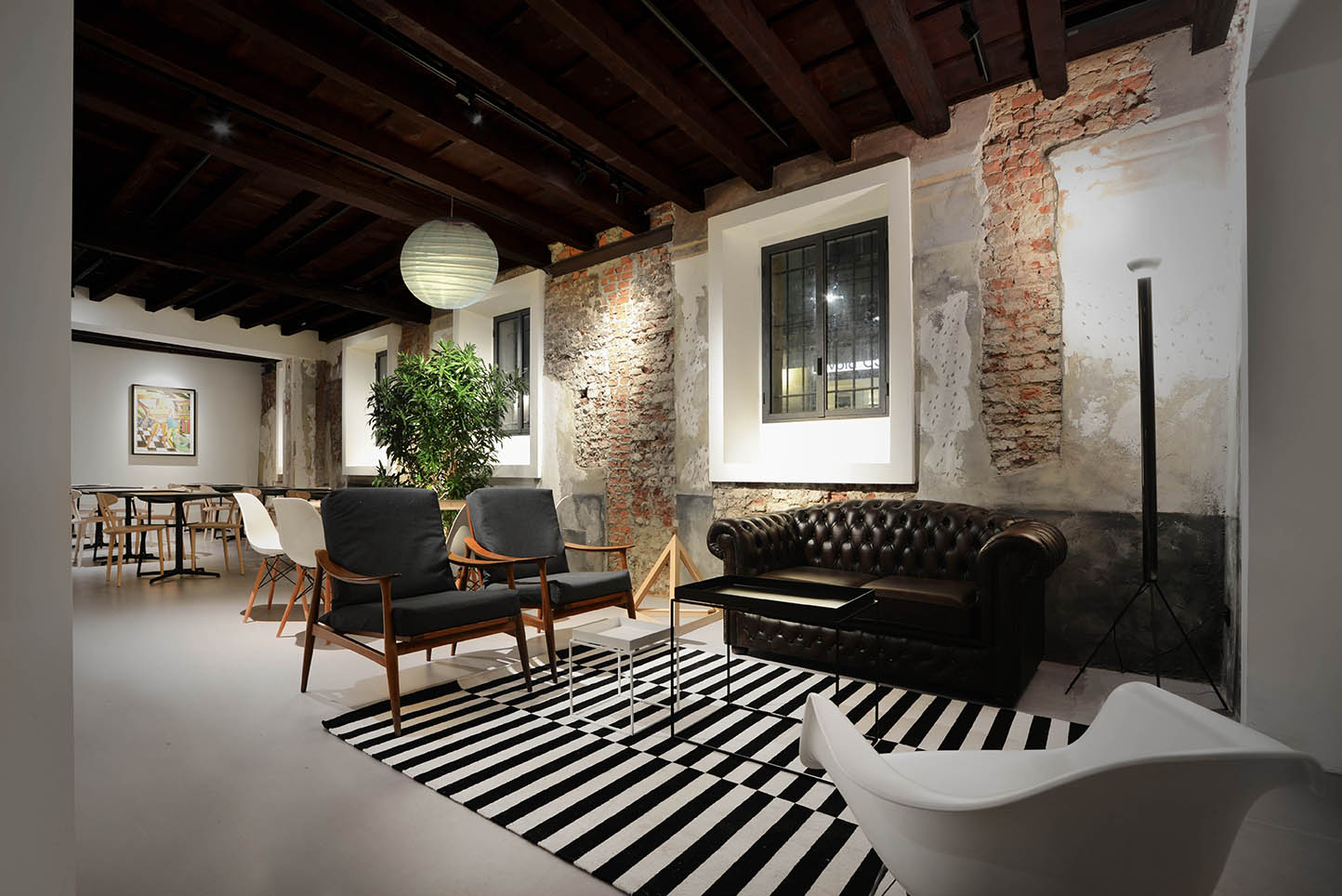 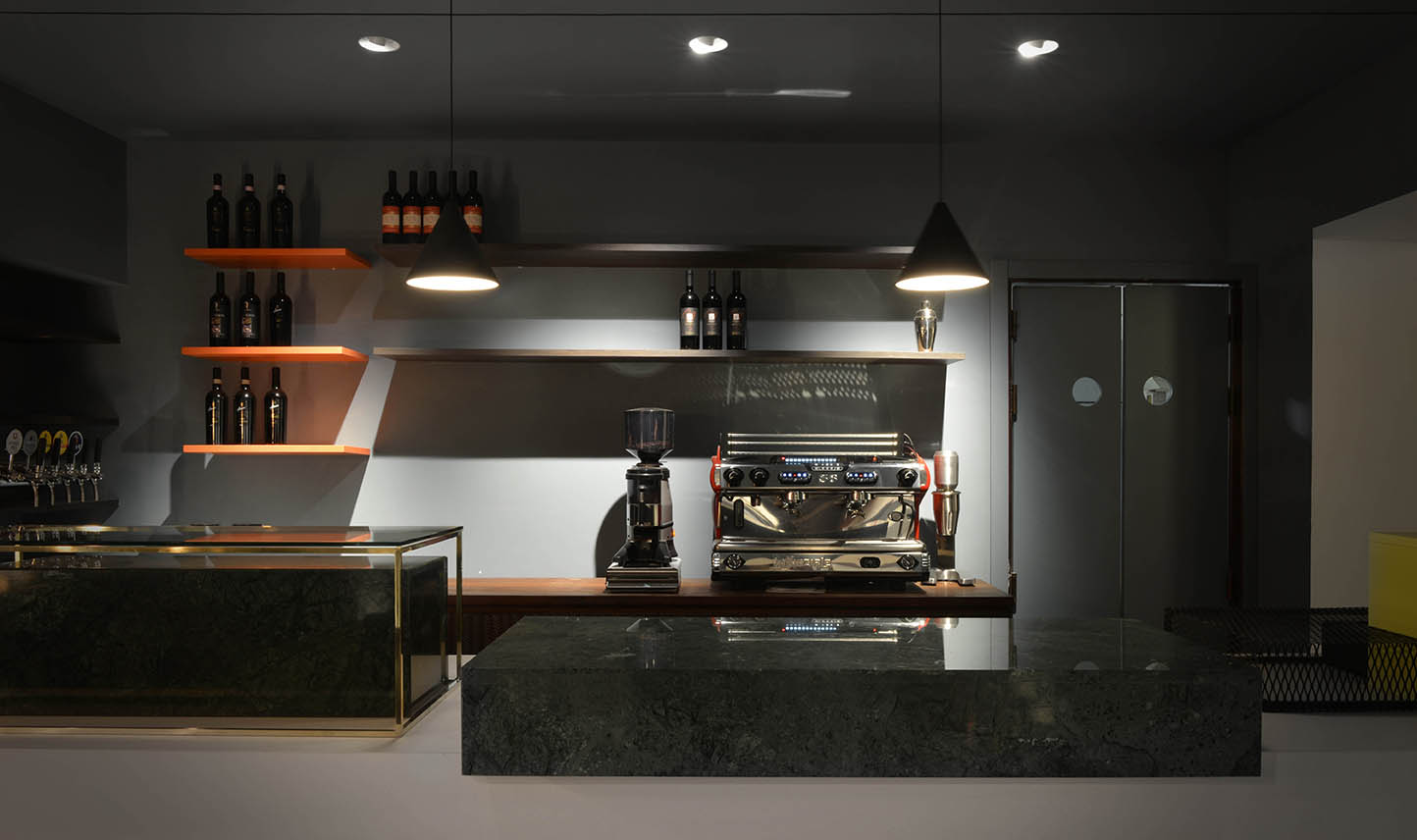 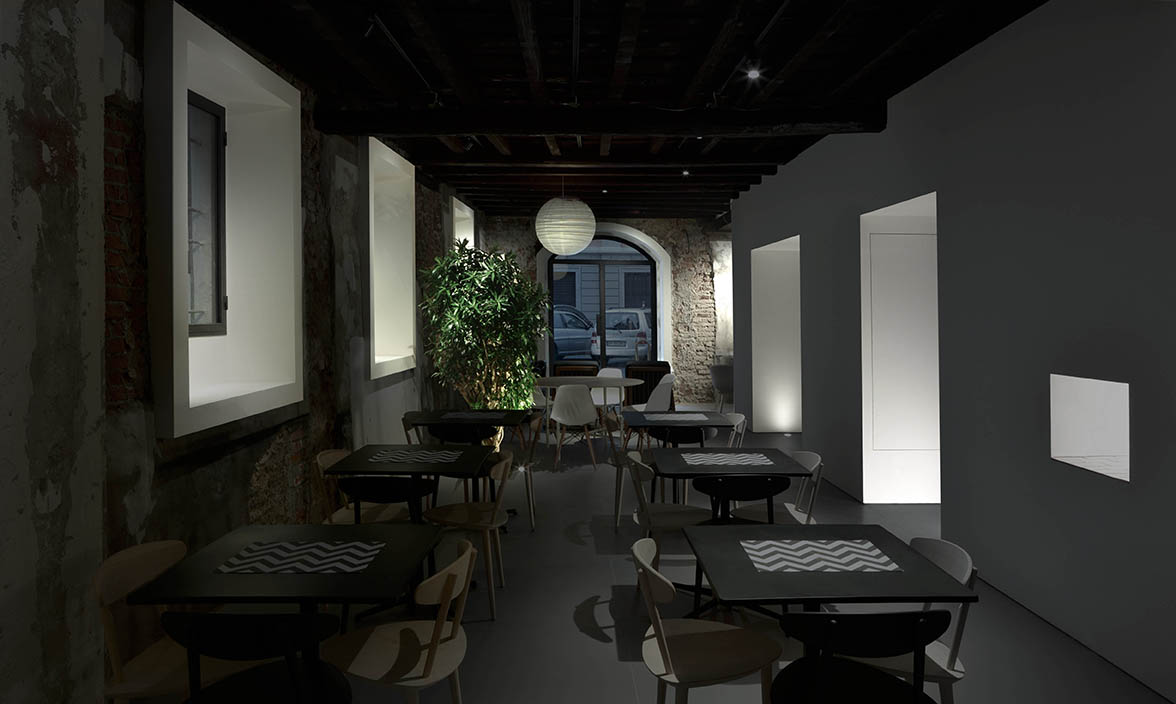 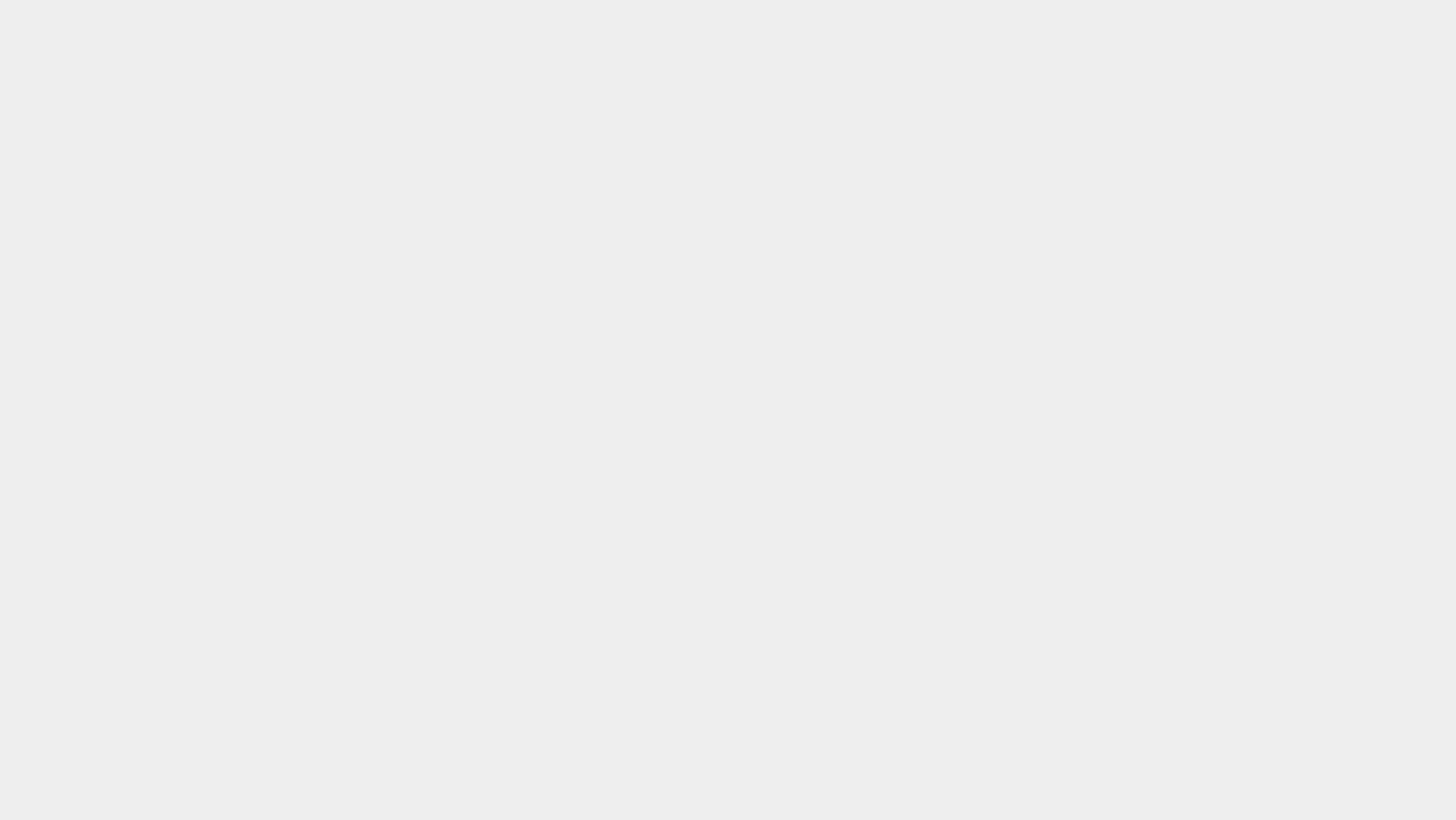 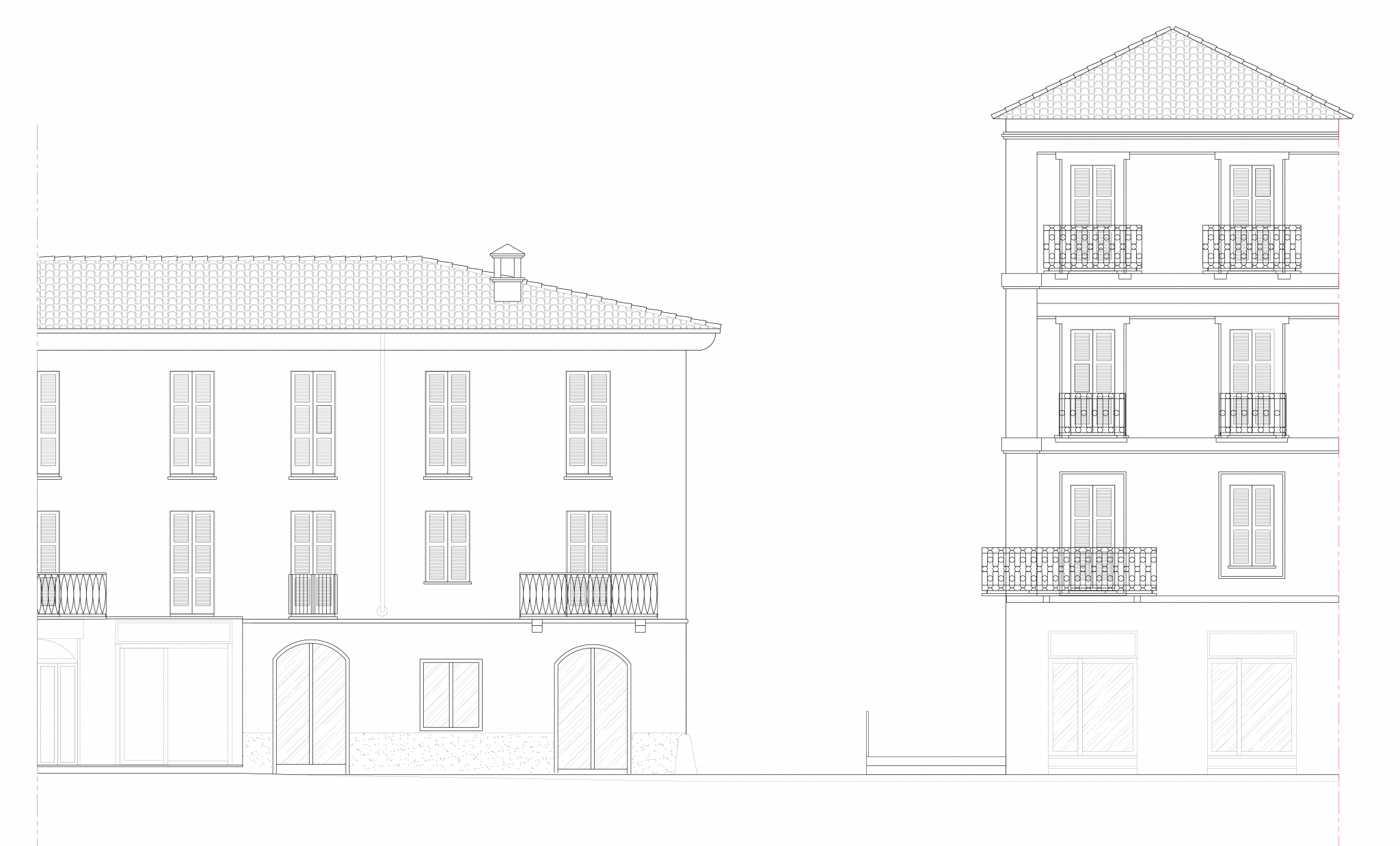