A fluid space, a neutral limbo, brought to life by light; the project was conceived as a blank canvas, furrowed by essential furnishings with a strong identity.

The rhythmic arrangement of the large openings along the façade of the flat, part of an elegant 1960s building in the centre of Milan, was the inspiration for a concept in which the filtering of natural light, the true protagonist of the space, guides the composition of the interior volumes.

The original flat has been completely reconfigured to create a large open space, where the kitchen island directly overlooks dining room. It’s an open space of about 50 square metres, characterised by the presence of two large bow-windows that fully occupy the perimeter wall.
Particular attention has been paid to the theme of the entrance: the access to the living room is mediated and takes place through an opening in the kitchen partition.

Particular attention has been paid to the theme of the entrance: the access to the living room is mediated and takes place through an opening in the kitchen partition. This gesture, in addition to being an expedient through which to conceal the load-bearing structures by incorporating them into the furniture partitions, generates a path of discovery of the space and a twofold way of accessing the living room, either through the entrance vestibule or through the kitchen.

This part of the house is dominated by the presence of a large central island in burnished steel with a black marquina marble top. A pivoting black wood door acts as a further filter towards the most private part of the house, concealing access to the distribution corridor of the sleeping area.
In this ethereal space, the fixed furnishing elements work by contrast: the colour is introduced into the rooms through the use of natural elements, such as wood, steel and marble, with strong tones and textures. The materials characterise the space as well as creating a visual hierarchy between the different rooms.

In this project, natural light is the real protagonist and has been used as a building material, like all the others: the interaction with the rooms of the house throughout the day creates unique vibrations and colour contrasts, capable of tuning the space to the rhythm of life within the house. 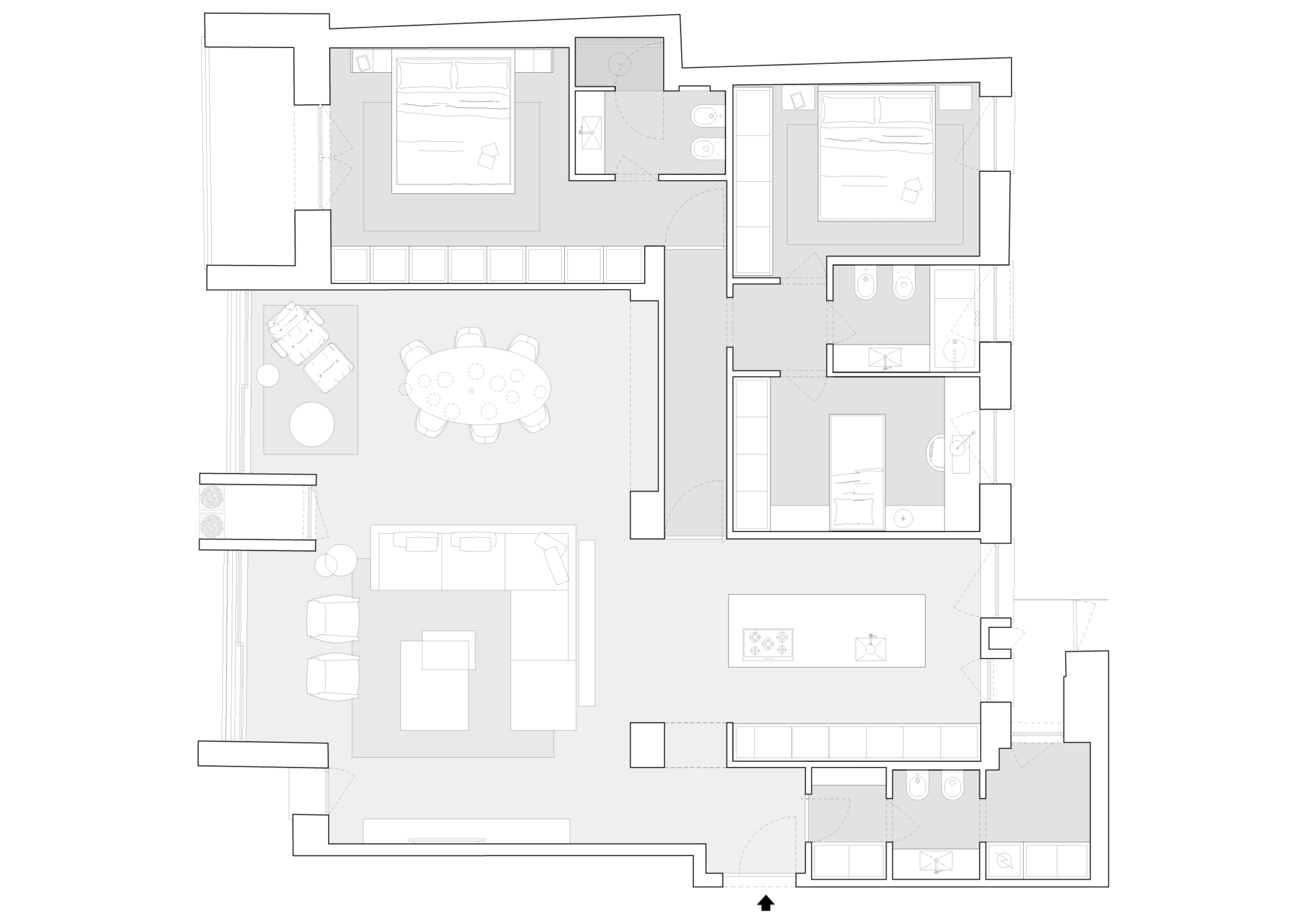